Is The "God Particle" The Next Cloververse Movie? 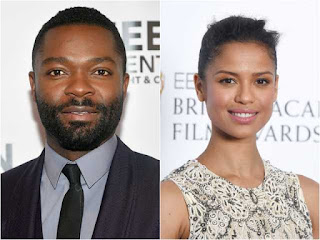 There has been a lot of speculation about the next JJ Abrams movie, God Particle, and whether or not it will be connected to the "Cloververse".

Here is a synopsis of God Particle, which was written by Oren Uziel, and will be directed by Julius Onah:


The story, set in the near future, centers on a team of astronauts on a space station making a terrifying discovery that challenges all they know about the fabric of reality, as they desperately fight for their survival.

This scenario certainly sounds very similar to the audio recording that Howard left at the dead drop, assuming what they find is aliens.


Howsoever anything is certainly possible, I don't think this will have anything to do with the Cloververse.

First of all, JJ Abrams has a lot of 'irons in the fire'. Since 10 Cloverfield Lane, he already has his name attached to God Particle, Star Trek Beyond, Roadies, Half-Life, 11.22.63, Moon Shot, and who knows how many other secret or unannounced projects.

I assume Star Trek Beyond, Half-Life, and Moon Shot will also involve space, but are probably not connected either.

Also, this movie takes place in the future, albeit near future, where both of the Cloverfield movies have taken place in the present, even tying the ARG into real current events.

Secondly when asked about another Cloverfield movie, JJ Abrams has said:


I would be lying if I didn’t say there was something else that, if we’re lucky enough to do it, could be really cool that connects some stories.... There’s a larger conceit that we’re playing with. ... There is something else that we’d like to do, and hopefully we’ll get a shot.

I emphasized "hopefully we’ll get a shot" because not only has God Particle been in the works since 2012, it has a scheduled release date - so it is definitely being made, and not just something that might get made.

Thirdly, the next movie in the Cloverfield anthology would have to have Cloverfield in the title, wouldn't it? I supposed the release is a year away, so there's still time to change it, but it's not likely.

Look what happened with the original Cloverfield movie. When the trailer was first released, the movie didn't even have an official title - Cloverfield was just the working title. While they tossed around an number of ideas, they stuck with Cloverfield because that is what everyone was calling it anyways.

Lastly, both Cloverfield and 10 Cloverfield Lane were 'surprise' movies, and they were both announced in a unique way, starting with a trailer. And both movies has short windows between the first trailer and the release of the movies, six months and two months respectively.

But the God Particle is following a more traditional release, announcing cast and crew details almost a year in advance.

The good news is, even though I don't think God Particle will be the next Cloverfield sequel, I'm pretty confident that we will get another Cloverfield movie, based on how well 10 Cloverfield Lane has done at the box office.

What do you think? Do you think God Particle will be the next Cloverfield movie?
Posted by Dennis at 1:27 PM