Matt Reeves on Cloverfield Sequel: "You are going to see it" 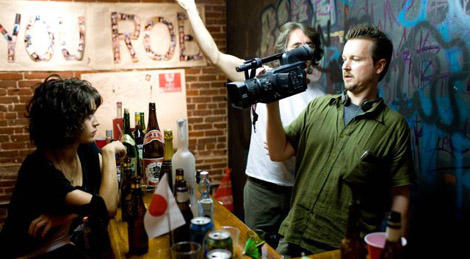 Total Film recently caught up with Matt Reeves and interviewed him about the status of Cloverfield 2:


We asked the Cloverfield and Let Me In director what was going on with Cloverfield 2, and he told us: "Well, you are going to see it - we just don't know when [laughs]."

"At the moment we are talking about the story quite a lot. Drew Goddard, who wrote the original, is going to pen the sequel and JJ Abrams is very much involved.

"However, the three of us have been so busy that getting the right idea together has been taking a long time."

But will the sequel shoot in real-time again? "You see, that's a difficult part: we want it to be shot like the first but how can you continue that idea successfully for a second time?

"We have a lot of affection for the original and the sequel can't just be the same thing. But that is tricky when you need to have a monster destroying stuff once again."

We've heard a similar story before... do you think this sounds like it might actually happen someday?