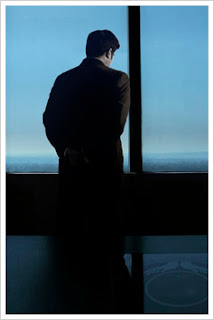 Tagruato added a new headline from the C.E.O Ganu Yoshida:

An Open Letter from Ganu Yoshida

"Dear Friends, Supporters, Investors, and Members of the Tagruato Family,

Ever since I was a very small boy, I have had the dream of owning a company similar to this one. A company where the workers work hard and love each other. A company dedicated to making good change to our world. A company that would bring prosper to Japan and extend that wealth and knowledge into the universe.

Unfortunately, last week was a dark time for Tagruato, this company I love so dearly. I tried to contain the event for the sake of police investigation but now it is the time to come clean and tell our story to the world.

Our newest and brightest oil rigging development, Chuai Station, was attacked by a terrorist environment group called Tidowave. They released a series of explosions on the station, causing the loss of life and bringing the rig down into its knees. Tagruato has faced threats from this group for many years and has, with the help of our friends in the police forces, fought off many prior attacks. This blow, however, was too strong to miss us. The Chuai Station was damaged.

We are working tirelessly to contain environmental damage from the explosions and are already experimenting in the Atlantic for a new Chuai Station rebuilding location while our work is being continued at a temporary facility. We have also opened the Chuai Station Funds, which has currently raised over 300 million yen for the families of Chuai victims.

On behalf of everyone at Tagruato, I would extend my thanks for the overwhelming wave of support we have been receiving from our business partners, friends, and colleagues. We will not rest until these criminals are taken off of the streets and made to answer to the families of those lost at their hands. I know that, with your help, Tagruato will not falter before zealots, but will remain the company I pictured as a boy, dedicated to exploring the magic of our world and controlling the future of us all."

The Chuai station was Damaged? I'd say it looked a little more than damaged. Also, "overwhelming wave" is a probably poor choice of words, since they are blaming Tidowave.
Posted by Dennis at 6:44 PM