This Is NOT The Monster, Part 1 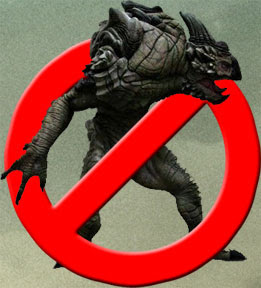 This is part one in a series I am calling "This Is NOT the Monster".

I have received countless emails over the past few days with various links to websites claiming to have a photo of the Cloverfield monster (or MGP as it is known as at UnFiction).

That photo actually comes from Peter Konig's gallery of "concept" art, at the appropriately named ConceptArt.org. The gallery is full of things that could be the monster, but are not.

And if you don't believe me, Harry Knowles of AICN summed it up in one word: BUNK.

"The image shows models ... for potential creatures to be used in a video game production back in 2003, which was being done by Massive Black... Which just happens to be Konig's company."

Email ThisBlogThis!Share to TwitterShare to FacebookShare to Pinterest
Labels: Monster, Not The Monster, spoof